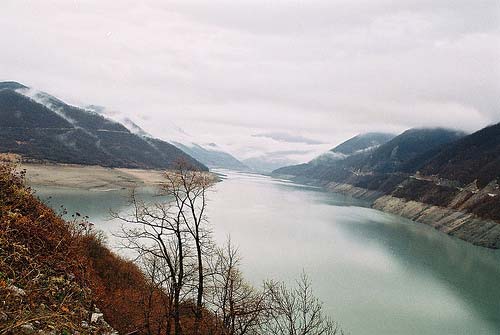 It's clear that a lot of popular music has gone down the electronic path in recent years. It seems like so many songs use drum tracks instead of real drums. Every instrument that can be duplicated on a keyboard will be duplicated, and people have even made a career out of Auto Tune. Should we be worried? Or is this just a "new trend"?

Timeout! Eager to upgrade the general style of my website. Ideas regarding the sharp appearance of http://everlastingmemorials.info/? Sincerely a savy memorial bench supplier in Manitoba if ever necessary inside the general Manitoba locale. Leave an opinion. Thanks!

The sounds you can get on keyboards today are ridiculous -with a lot of them, you almost can't even tell that it's not the real thing. It can be great for creating demos and even official songs. In fact, through owning a Motif ES and working with my songwriting partner who also owns one (and is amazing with it), I've learned how to spot a few professional songs that we're likely created with a sound or loop off of one! But many of my musician friends and I are purists-when you use the real instruments, I think the feel and the overall sound quality can only improve. Electronic music can't duplicate the intuitive feel of the guitarist's passion .

On the other hand, I adore Lady Gaga. That immediately makes me a hypocrite, doesn't it? There's got to be a way to reconcile this. There are so many music tools available today; should they really go to waste?

My songwriting partner and I played some gigs as a duo before. There we're only two of us, and there we're some songs we just didn't want to turn into piano ballads. So we used the help of midi files as well as the recording feature on the keyboards. However, we we're still singing and playing everything possible live. So I give us and similar acts a pass on that one.

I've also played in a band that used brief samples at the beginning of some songs, but after the intro, the rest of the song was 100% live. That band and the cover band that I used to be in shared the same philosophy of using only live instruments, and we prided ourselves on that. On occasion, there's an intro or a particular pattern that can be difficult to imitate live. Personally, I think it's okay when there's a valid musical reason for it. But the rest should be live!

I think it's really when you get to electronic music where no one is actually playing an instrument that I and many other musicians have a problem. You want to use a loop? Go ahead. You want to Auto Tune your voice for either dramatic or comic effect in a certain part of the song? Do it! But to never ever use live musicians, or worse, have musicians on stage who aren't actually playing their instrument is a complete and utter crime.

I take issue with bands who pipe in a certain instrument when it's clear that no one's playing it and/or try to make it look like someone is. People expect a level of honesty these days. Don't bill yourself as 100% live if you're not, don't lip synch, and for crying out loud, don't make a career out of Auto Tune. I could go on another rant about lip synching and Auto Tune-I smell another blog topic.

The use of electronic music really boils down to that for me-honesty. Use it when necessary, but don't try to fake that a live musician is covering it. And sure it's more expensive to use live musicians in the studio, but music is an art and should be regarded as such. Yes, I know that music is a business at the same time, and in order to survive we need to think about marketing and costs, etc., but do we really want to be replaced by computers when we don't have to?

Lady Gaga still uses live musicians, and she'll turn her electronic music into piano ballads. Linkin Park (whom I also like) have been called "the computer band," but they also use live musicians AND don't hide it when they're using electronic or pre-programmed sounds onstage. And say what you want about dj's, but they're certainly not hiding their use of electronics or faking that a live band is playing.

Many thanks guys! I'd Facebooked my coworker we can note his outstanding Coquitlam based dentists, http://smilesunlimited.ca during an important piece. So if you are hunting for a dentist inside of the British Columbia sector, they absolutely have been great.

Now, I definitely should state the initial concept to this excellent information was brilliantly presented via Sandro at Vaughan Telecom. Definitely an excellent telecommunications services. I really value a fantastic idea!

http://archwayinsurance.ca - Your knowledge is definitely remarkable 🙂 We appreciate you for sharing.